So the good news - I got approved and I trooped in for the first time June 25th. So nice to hang out in my armor and be with the guys.

Sadly, you don't get much attention as a Bridge Crew member. And as a trooper I got lots. Not as much as Vader, but hey, its a start.

Submit a ton of pics, and wait. 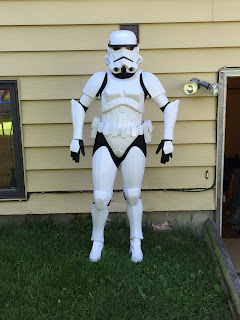 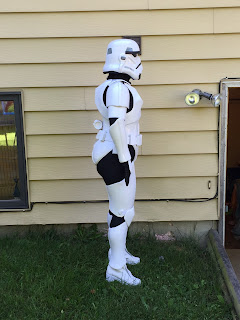 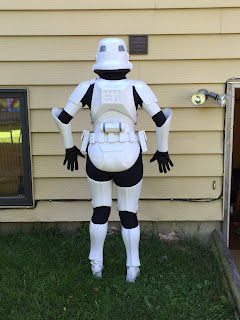 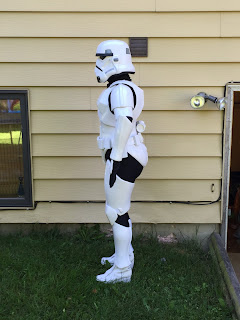 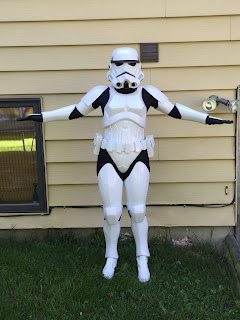 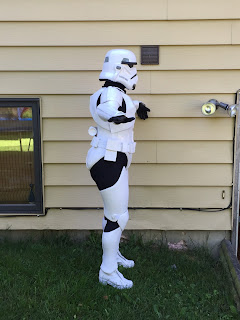 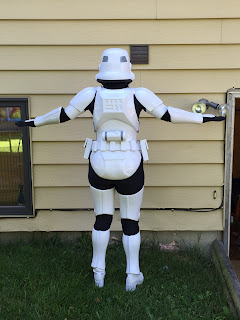 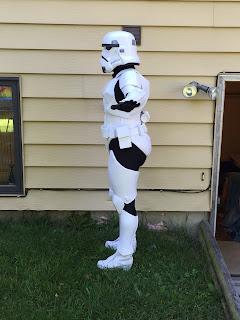 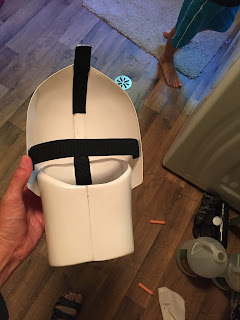 But they insisted on seeing extra rivets and such that I did not put in. I followed another person's build and they didn't have these. Probably because they won't hold as well. But its in the CRL, points 4 and 5 on corset. So I put them in temporarily to pass.

First, they asked to see male snap plates on left side of corset. These would be hidden by chest armor and belt. I quickly made some and put them on with double stick tape. I did have to remove the velcro in one spot, but just put a new piece on after I was done. Again, the original builder probably used snap plates where the newer builds use handier velcro. 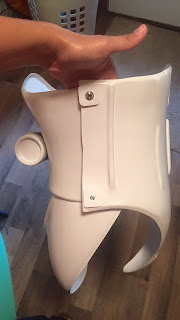 Another requirement was to have rivets holding the front and back of the corset together on the right side. Whereas, I used three-inch elastic. And the rivets wouldn't be as flexible so I wasn't going to change that. I simply put rivets in the outside. A little complicated since I had already glued in the elastic. 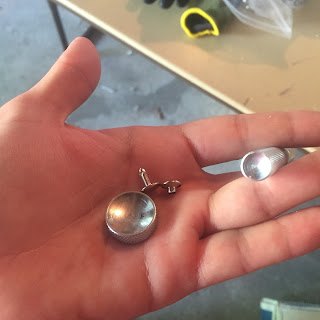 Above is the rivets, front and back and the tools.

Below, finished result. And I sent in these detailed photos for them to see. 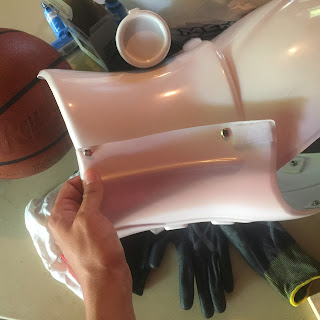 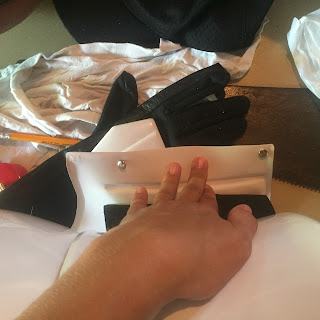 My rivets went in all crooked due to how I had to hammer them in. They look awful! and are non-functional. I would recommend just drilling a hole, put one side of rivet in, take picture. Turn, put other side of rivet in, take picture and send those in without actually putting in the rivet. I have to remove mine and am still gearing up for the process. I don't want to crack the plastic and may just live with it.

Now, I got a stern warning to fix my legs so they show less black, but I really am trying to lose a few more pounds. Sadly, I have a knee injury and scar tissue there bulges a bit. My right leg just won't go up any higher. Left leg is fine. So I might be shimming mine, or just losing weight. But for now, I look awesome!

Some trooping advice:
buy Under Armor Heat Gear black undersuits - they really do work better. I didn't need a fan.
practice touching your toes a lot, it helps you get your calves off by yourself.
Plan to buy the cold gear ones for winter troops
I am switching my white shoulder strapping for black. Already got the black velcro and will do that. The white plastic shoulder straps don't hide it very well.
Carry super glue and pins, my velcro on my shoulder bells heated up in the sun and came off. I think I will sew them in for extra support. The velcro glue doesn't handle heat well. Since I am switching to black, no biggie.
My ammo box lid kept getting flipped up. I will have to see how to keep it down.

But the kit is comfortable and moves well. I can walk fast, go up stairs and almost sit in it. Loved it! 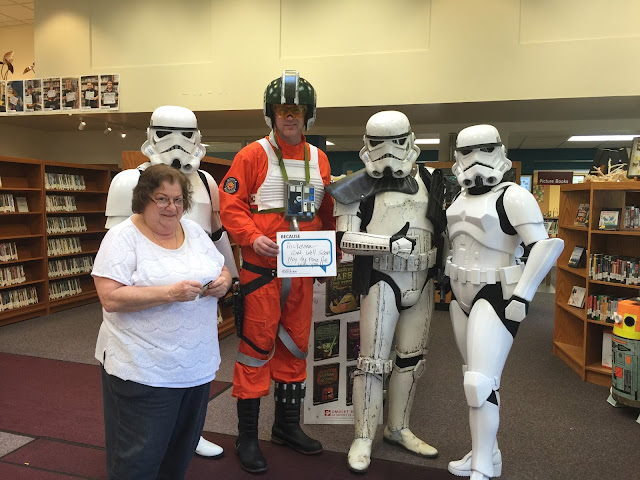 My hubby is the Rebel Pilot. 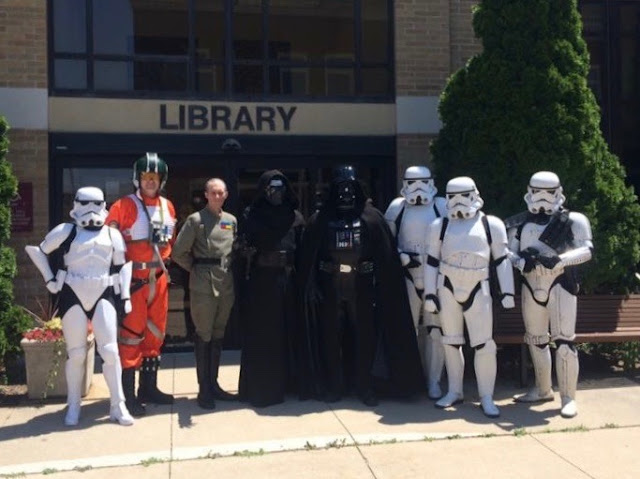 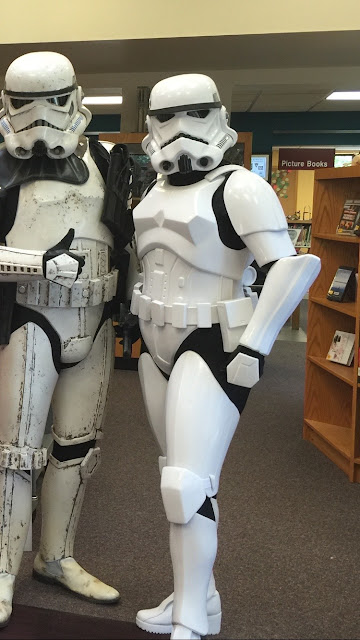