I purchased neutral monks cloth from JoAnn's and its perfect. Just the right weave and feel to it. To get that sandy brown color I chose to use two bottles of Cocoa Brown Rit Dye and one bottle Harvest (something) orange.

Pick two browns and an orange of whatever you want.

I loved the color - but since I had to get more cloth the second dying turned darker and they don't match. Don't worry - version 2.0 will all be dyed together in the same dye lot and will match.

Moral of the story - that dye lot talk is real, and it matters. So dye all fabric together. 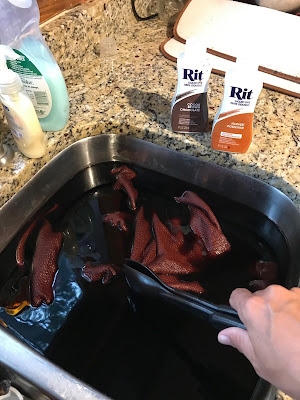 I used my sink instead of my new washer - just couldn't risk that dye being all over something. 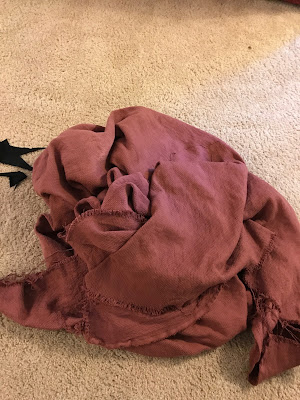 See lovely orangey brown, and I wasn't that careful or worried. If you don't unwrap the fabric or keep it moving, some spots don't get dyed as well. I plan to weather mine anyway - so who cares! 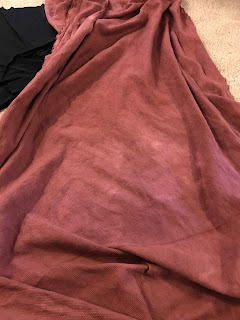 See the lighter spots - I didn't keep it moving in the sink. But it looks great for a Jawa. I dried mine on my porch and finished in my dryer, which may be why it shrunk. Go figure.

Inside the Jawa hood is supposed to be all black. Since I am going the hockey mask route, I need something to cover my hair. Good thing about Jawa costume - you can wear your hear in a ponytail or bun and it works. Not like my stormy where I have to flatten it or it won't fit in.

I chose a simple pattern online and used my black fabric. The black fabric has to be see-through so you can see out of it, but not so see-through that they can see your eyes. I chose a medium knit fabric. It doesn't unravel when you cut it and its stretches one way. But you can see through it and it obscures your features when you wear it. 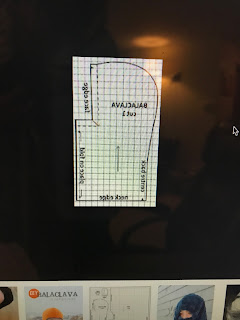 Experiment with fabrics and see what works. I took my daughter and had her judge while I put different fabrics on my head to see which ones wouldn't show my features. Good luck!

Step 1. Measure around your forehead
Mine was 22 inches 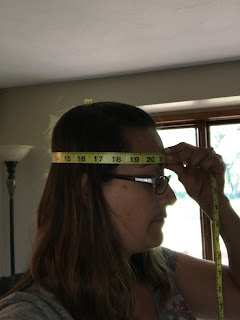 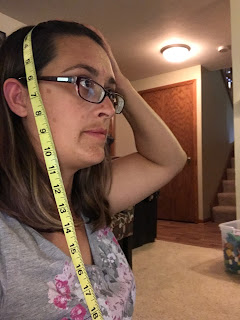 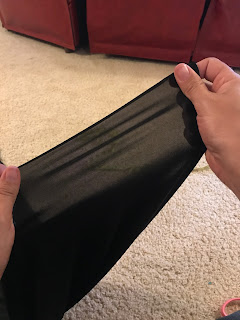 But when I try to stretch it up and down the same area, it doesn't stretch. This matters because I want to cut it so it will stretch from side to side, not up and down.

Remember in shop class how you had to place your wood a certain direction? So the grain went a certain way on your project? Same here. 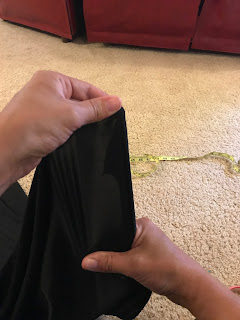 So I unfolded my cloth and laid it out so the stretch went from side to side, not up and down. Then my balaclava will stretch that way.

I left the folded area on the back of the head, that way I don't have to sew it! Saves you a seam. 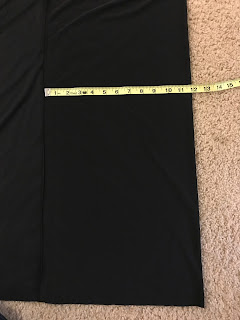 My height was 17 but I thought that might be long so I went with 16, and since it won't unravel I didn't plan to sew the bottom. (*I wish I had left it 17, and if you plan to sew the ends keep that extra inch) 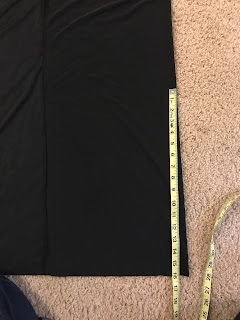 Nice square to start with - and the right side is folded in this picture. 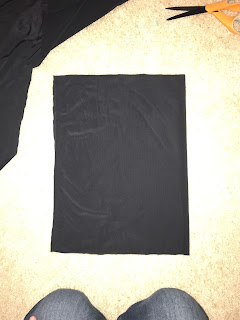 I took it upstairs and trimmed it to look like this shape. The left side is rather jagged but I neatened it up after this pic. 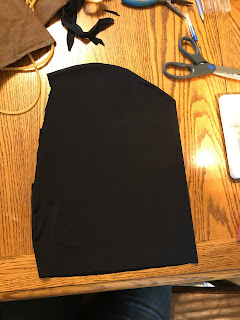 Step 6: Sew the top seam and front seam to chin as indicated by green lines below. 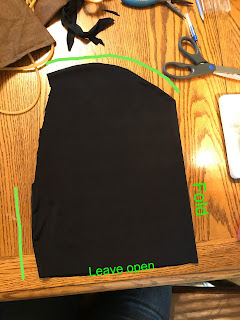 Step 7: Turn edges back in round face opening and sew them. Or not - if it doesn't fray then who cares right? 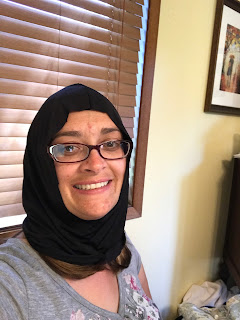 Mine works great, except that it rides out of my black shirt on one shoulder. I can either pin it or make a little skirt for it to be longer. I do wish I had left it 17, just so you know. 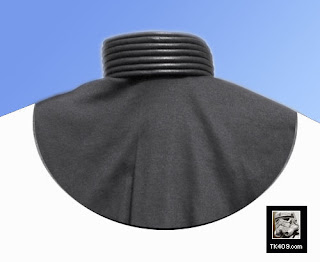 See how a trooper neck seal has a skirt to tuck under your black undershirt - I think I will add something like that on version 2. I have plenty of cloth to spare. But for now, it works fine.